Here is one of the reasons you haven’t heard from me in days! I was really hoping to do some on-the-road blogging but my dear darling Duck Rabbit “wild cat” Rousey did THIS to my phone’s charging cord. As you can see, I tried to repair it before. After two nights of not getting a good charge on my phone I realized it was because the cord was nearly chewed in half. I pretty much just had enough juice to get some pictures taken. Now I have a fancy new pink cord. BAD KITTY.

I have had MAJOR knitting drama over the past week or so. I’ve been working on my third sweater (in a pattern I’ve knitted twice before) and I really messed up some calculations. I’d come up with a way to “fix” one of the mistakes (laddering was a success) but when the next wrong calculation (the steek was also a success but created a NEW problem) became obvious I just decided to take. the. whole. damn. thing. apart. I’ve since restarted it with major modifications. Stay tuned to see if I’m happier with the second attempt. Totally bummertown. 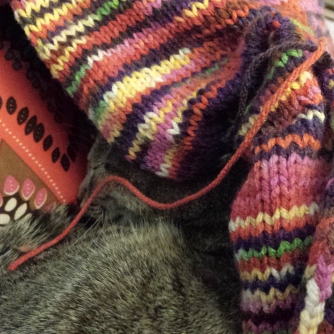 Aaaaand my little bird friend from last spring is back and has taken up residence in my mail box again. I’ve got to write a “Do Not Disturb” sign on it so that mama bird doesn’t abandon her eggs. Does anyone recognize what type they might be? If so, please comment!

I was really sad to hear about the passing of Earl Hamner, Jr. For those who might not recognize his name, he was the author of the book The Homecoming that later inspired the television show The Waltons. This book particular copy of the book was given to me years back and it has since been one of my most prized possessions. If you haven’t read the book, you totally should–I can’t say enough good things about it, particularly if you are interested in frugal country living and wholesome family fun. Here is a wonderful obituary that the New York Times posted over the weekend. 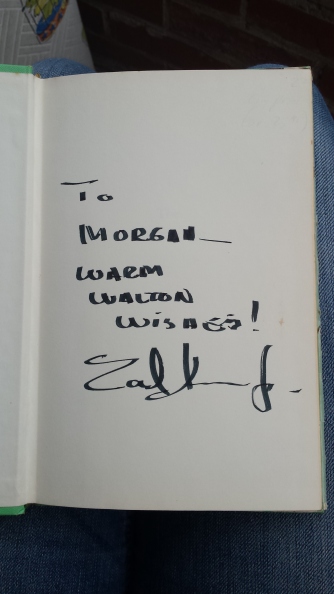 I had Easter lunch at my house with my mom and Mr. Smith! We had Alton Brown’s citrus salmon (a family favorite), deviled eggs, roasted sweet potato salad, the best coleslaw ever, and grilled pineapple on coconut gelato for dessert. And wine, of course. Would you  like a tutorial on how to make this award winning slaw? To be honest it hasn’t actually won any awards but I am pretty sure it would/could/will someday. Tell me if you are interested in the recipe and I *might* let y’all in on the secret ingredients. 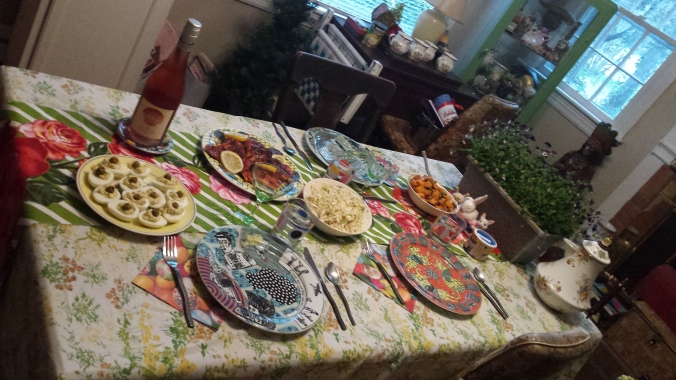 After cutting the grass for the first time this season it was time to whip out the Twang. Stay tuned for a special drink themed post later in the week… 😉 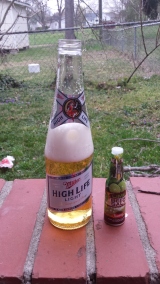 I’ve also got two vacation posts coming up–about the area in eastern North Carolina where I used to live, and the trip mom and I made to Replacements. Stay tuned for the posts that were inhibited because of the phone cord drama! BAD KITTY!